Math teachers disagree about mistakes. Just check out the comments on this blog post from Dan Meyer. Some folks argue that students don’t make mistakes, they just sometimes answer a different question than the question the teacher was asking. Others argue that mistakes entrench unhelpful ideas in students’ memories, and that mistakes are the enemy of learning.

Here’s a bit of thinking I’ve seen a few times in my precalc class recently, in a unit on graphing sine and cosines functions. We’re early in the unit, and a student is writing an equation for a sine function, maybe like this one:

She writes the period as pi over 2, reasoning that the period is how long a function takes to repeat, and the y value is the same at both 0 and pi over 2.

One path forward is to label this thinking a mistake and explain the “correct” way of finding the period of a sinusoidal function. But that path serves to invalidate the student’s knowledge, and pass up on an opportunity to help them connect what they already know to what I would like them to know. A second path is to help the student see the valuable thinking they did, offer another example, and link their thinking to the missing pieces. For instance, using the same reasoning but focusing on either the maxima or minima of the function, one gets a different answer. In this situation, if I have an instinct to label student thinking a mistake, I miss an opportunity to build off of what they know and help them see themselves as effective mathematicians. If I choose to see their strengths and find the question they are actually answering, I have an opportunity to validate their mathematical thinking and expand what they know, rather than trying to replace something I’m labeling as a misconception with the “correct” way of doing it.

But there are actually two different places I see this mistake. One is early in the unit, when students are first trying problems and applying their knowledge. The other is a few days later, practicing the concept to consolidate their understanding and solidifying their fluency. And I think those two places require different approaches. When I’m introducing a topic, I want to find every way I can to build off of students’ prior knowledge, to help students feel successful with a new concept, and to give students a sense of agency in their ability to make sense of mathematical ideas. These are important opportunities to look at mistakes as opportunities for learning and draw out the valuable ideas even when student thinking falls short of where I want them to be.

During practice, I fall on the other side. Practice is where students make associations and consolidate their understanding. Practicing the wrong way just leads to confusion and frustration. This doesn’t mean I want to shame students making mistakes during practice; I still want to connect what they know to where I want them to get. But I’ve spent my entire life confusing affect and effect; I’ve used them wrong as often as I’ve used them right, and even when I look up the distinction I forget it in a morass of incorrect usage. This confusion be really frustrating for students; I don’t want them to feel like I let them practice something the wrong way and confused them when I had the chance to correct them earlier. Even where the “mistake” is a matter of arbitrary convention, when students feel wrong they often get frustrated and disengage with math class. I’d love to celebrate mistakes and help students see mistakes as an essential step on the path to understanding, but I also want to make sure that those mistakes are authentic opportunities to build understanding and not undermining future success for students who already struggle to feel successful in math class.

There are two psychological phenomena relevant to mistakes. The first is the generation effect. Having someone guess an answer before learning it improves the quality of learning. Even if the learner generates an incorrect answer, as long as they get quick feedback on that answer they are likely to learn more than if they were just told the information to begin with. From this perspective, asking students to try to figure things out and then giving corrective feedback as necessary is an effective teaching strategy. Those mistakes are valuable; they’re both authentic to the practice of mathematics and improve the quality of learning with immediate feedback.

Second, the new theory of disuse suggests that we don’t ever really forget things, they just become less and less accessible. Even if I can’t remember my friend’s phone number from twenty years ago, if I am reminded of it I will retain it much better than if I had never learned it. Anything students learn incorrectly can never be replaced, we can just try to make the new learning more readily accessible. Mistakes from this perspective are permanently damaging. I think of my struggle to remember the difference between affect and effect. I have used them incorrectly so many times that I struggle to remember their correct usages; the wrong usage is embedded just as well as the correct one. Making a mistake once will be much less accessible once students have had a chance to practice the concept, but making a mistake over and over again can start a cycle of confusion and frustration.

I think I have a responsibility to help students see the ways they can be successful in math class, and to see mistakes as opportunities for learning. But all that nice talk about how much we can learn from mistakes feels limited to the first case, where it’s early in the learning process and there’s lots of time to practice and consolidate ideas. When students are practicing concepts incorrectly, I still want to help them feel like their thinking is valuable, but I also need to be proactive in catching and changing their practice before they start a cycle of negative feelings and confusion. And in lots of situations, this is a blurry line! There’s not always an easy answer.

Moral of the story: I think mistakes are great, but there are important boundary conditions that help me understand when mistakes are helpful and when they might be counterproductive. 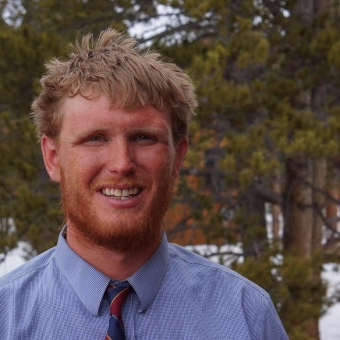